The purpose of the event initiated by the GURT Resource Centre within the special media project “Information for conscious actions: hear the voice of people affected by the conflict in eastern Ukraine”was to consolidate the community and emphasize the positive contribution of internally displaced persons to its development.

The participants of the photo flash mob chose from 10 variants their association for the word “community” and took pictures with it, showing solidarity with the people who affected by the conflict in Donbass.

In general, co-organizers in five target cities took pictures of over 1,000 participants. Some of the participants chose their associations with the word “community”, but for various reasons, they refused to photograph. The most popular variants were “development” and “success”.

Iryna Selnytska, CEO of NGO “Bridge 3.10”, who joined the photo flash mob in Severodonetsk, emphasized that such events are important for Ukraine: “We came from Lysychansk on purpose to show our position. My association the word “community” is tolerance, because in a society quite different people live, with completely different feelings. So, we need to treat each other with understanding”.

Stanislav Chernogor, CEO of NGO “Community Development Fund”, which was co-organizer of the event in Kramatorsk, commented on the process of the photo flash mob: “I believe a successful community is a community, which thinks about its development, whose people are active and understand their responsibility for what occurs in the place where they live. The idea of the photo flash mob is very good, but, unfortunately, it also illustrates the attitude of people: now thousands of people are passing by, one hundred of them pay attention, ten people can say something, five of them take pictures. This [attitude] can change: “Small strokes fell great oaks”.

Vasyl Dudko, an IDP from Donetsk, a pensioner, formerly a miner, a participant of the event in Dnipro, said that the community for him is not an empty tone, and he wants to be an active citizen and to join solving problems, which the community that adopted him faces. He chose the variant “support because he believes it is important to provide support to each other.

You can find the media reports from participating cities in Ukrainian by the links below:

The special media project “Information for conscious action: hear the voice of people affected by the conflict in eastern Ukraine” is implemented by GURT Resource Centre and supported by the Media Development Fund of the U.S. Embassy in Ukraine. The views of the authors do not necessarily reflect the official position of the U.S. Government. 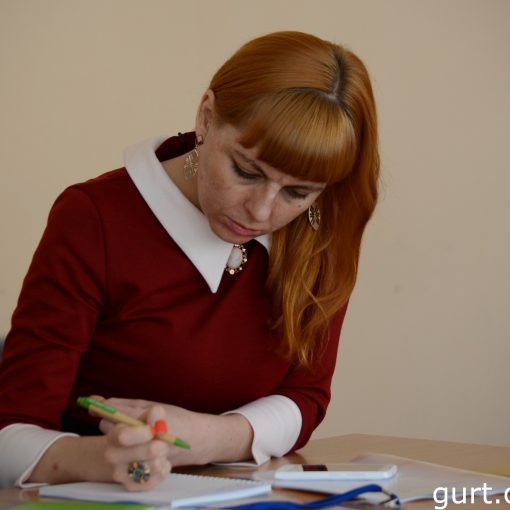 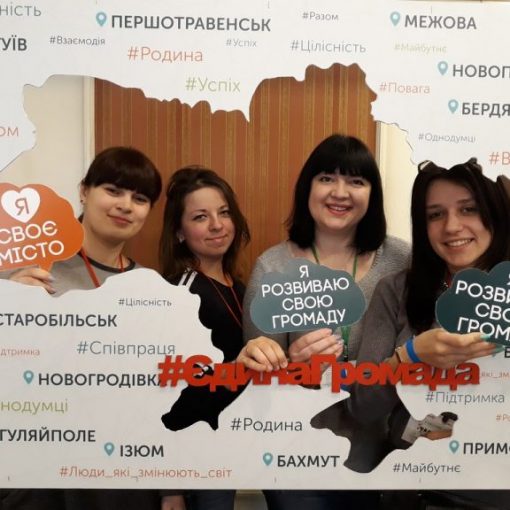 On February 23rd-24th, 2018, Collaborative Learning Event within the framework of the «United Community» project was held in Kyiv aimed at promoting the unity […] 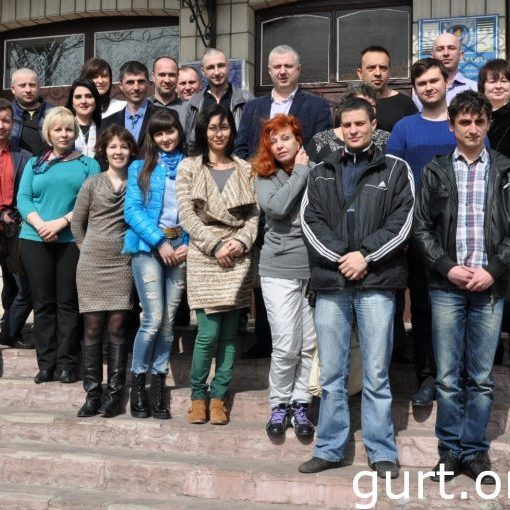