April 22-23, 2017 civil journalists-volunteers from five eastern Ukraine oblasts – Donetsk, Dnipropetrovsk, Zaporizhia, Lughansk and Kharkiv – had a great opportunity to enlarge their professional knowledge. Two-day workshop “Necessary skills to create a socially useful content” was organized for them in Kyiv. This event was conducted within the special media project “Information for conscious actions: hear the voice of people affected by the conflict in eastern Ukraine”, which is implemented by GURT Resource Centre and supported by the Media Development Fund of the U.S. Embassy in Ukraine.

The real experts of media sector – Andriy Bystrov, editor of “Podii dnia” (News of the day) on the “Ukraina” channel, Nadia Bondarets, music expert, member of Sound Producers Union of Ukraine, and Myhailo Leibovych, issuing editor of “Snidanok z 1+1” (Breakfast with 1+1) program, – shared their knowledges with the participants.

Civil journalists-volunteers had an opportunity to improve their theoretical knowledge in journalism, particularly how to look for the topics and people to write about, how to work on the press conference and to interview the people. The question of information’s credibility was also touched.

Most of the time was spent on the practical tasks. The participants got acquainted with professional programs for recording and received the list of available recording equipment they can use. They also worked with the microphones, recorded and edited their own podcasts. And even more, the trainers gave and showed the participants some tips to develop the diction.

“These two days flew by. Such event is a unique opportunity for the regional journalists to get new knowledge they can use in their work. The journalist today is a universal soldier. He should possess the wide range of skills and know the basics of audio-, TV- and multimedia journalism. During the workshop, I could get such knowledge from the very experienced speakers who work on the leading national channels”, – Olena Yermolenko, blogger, journalist of oblast multimedia publisher “ZI. News” (Pokrovsk, Donetsk oblast), told.

Ihor Kasianov, head of the board of NGO “Vilna – ” (Free community – comfortable city) from Kharkiv, also noted the professional level of the trainers: “Several times I participated in similar trainings, organized to teach the basics of journalism and how to work with media format, audio and video. But among them the professional level of the trainers is the highest on this workshop. Only professionals can during two days share so much information being concise, sharing information in a simple style and answering the questions”.

The participants also mentioned the productivity of event. Dmytro Horbachov, Nikopol Public Library employee, Dnipropetrovsk oblast noted: “Journalism is my dream work. I wanted to learn many new things about: the body language, tone of the voice, how to make the information you share interesting and from which side to look at some things considering the pluralism of opinions; how to stay unbiased and impartial. During these two days, I could receive the answer to the questions I was interested in and have a lot of practice. And the interesting thing about the format of the workshop is that you meet different people and work, communicate and share experience with them”.

Alevtyna Harmash, journalist from Kramatorsk, Donetsk , shared how she plans to fulfil the things she learned in her own life: “On this event I had an opportunity to learn how to make the podcasts and work with audio. I would like to create socially important content so that people will know what is happening on the East. Even the title of the event contains the words “hear the voice of those who suffered from the conflict”, so we should allow those who suffered to speak. And it won’t be the voice of the victims, but the one of the people who keep going and create socially useful things. I hope that this voice will become a bit louder due to our common efforts”.

The trainers mentioned participants’ activity and desire to learn despite all the troubles the journalists face today. Andiy Bystrov, editor of “Podii dnia” (News of the day) on the “Ukraina” channel, teacher in School of Media, noted that self-censure is the primary problem of today’s journalists. “We talk a lot about censure in general. Depending on mass media it may be or may be absent. A journalist is a citizen first. He lives in society, understands the processes that are going on now and, of course, it cannot but influence him. He has his own convictions and favors anyway. But despite all these things the journalist should work honestly, unbiasedly, objectively, concentrating oneself on the valid information and work without distracting oneself by irrelevant factors”, – concluded Andriy Bystrov.

The trainer Myhailo Leibovych, issuing editor of “Snidanok z 1+1” (Breakfast with 1+1) programgave several valuable advices after all: “First, like in every other sphere you should know the ABC. For the journalist, it is the basic standards of journalism which we analyzed during the workshop. It is like a multiplication table in this profession. The second is that every journalist should find his own style. It’s important to use the achievements of the colleagues, but only those can reach the top who will not imitate others, but will find his own style. Look for your listener, reader – your audience. And remember that the journalist is always accompanied by censure. However, in spite of everything else, our job is to bring the socially important opinion to the audience. You should always keep it in your mind”.

The special media project «Information for conscious action: hear the voice of people affected by the conflict in eastern Ukraine» is implemented by GURT Resource Centre and supported by the Media Development Fund of the U.S. Embassy in Ukraine. The views of the authors do not necessarily reflect the official position of the U.S. Government. 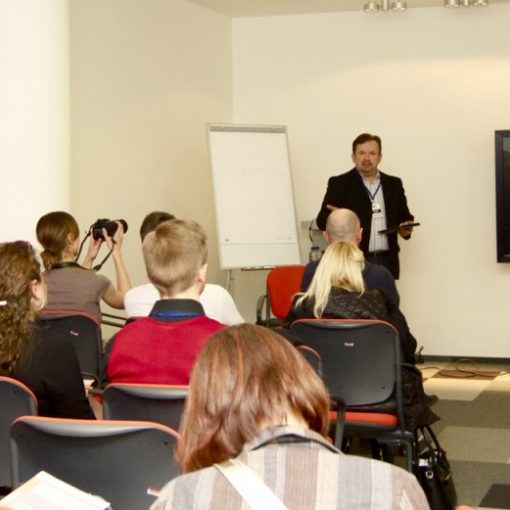 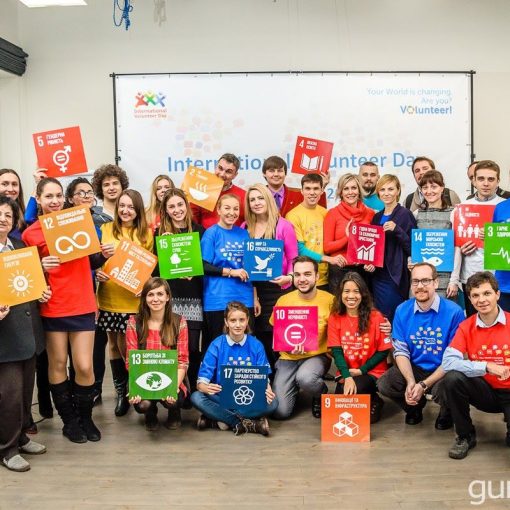 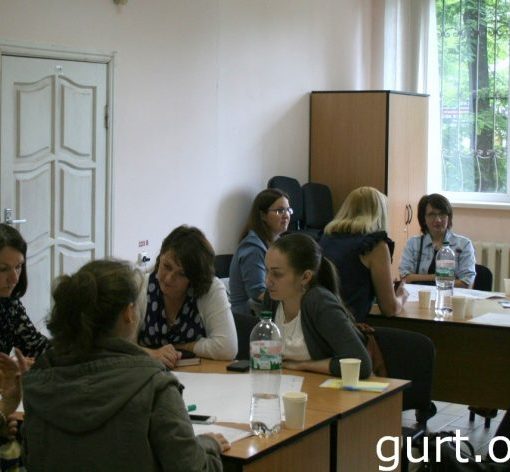 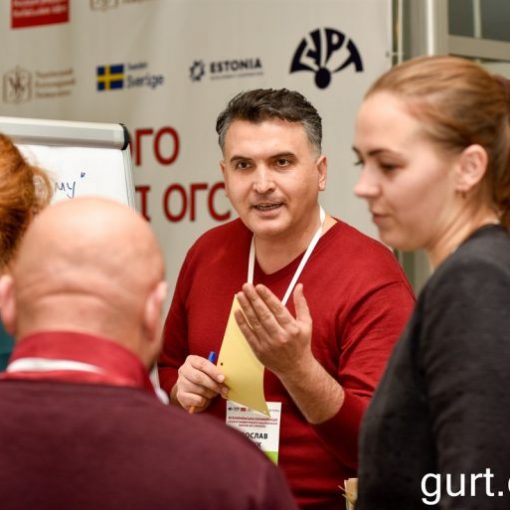