Sanitary and technical education is one of the branches in need of reforming and the introduction of new approaches. A graduate of technical and vocational educational institution should be practically prepared to work with the modern equipment in the framework of his qualification.

For upgrading the capability of institutions of vocational education and training system, GURT Resource Centre embodies the project «Public-private partnership to improve sanitary education in Ukraine», funded by Swiss Agency for Development and Cooperation (SDC) in partnership with Geberit International Sales AG.

Implementation of practical reforms is one of the priorities of the GURT’s activity. That is why the work within the project is focused on the construction of the effective public-private cooperation strategy, which can be used for the reforming of the whole system of VET in Ukraine.

«We are proud that owing to this project six modern Training and Resource Centers for plumbers in Ukraine are created. In the current academic year, they opened their doors to students in Brovary, Dnipro, Odessa, Poltava, Sarny and Chernihiv», Bohdan Maslych, Project Manager, Executive Director of GURT Resource Centre says.

The model of Training and Resource Centers for installers of sanitary and technical systems and equipment, developed by donor money in the framework of the project, was successfully used within the bounds of the state program for the development of VET: in 2016, the state budget has allocated money for the creation of nine ones, and in 2017 it is planned to create another ten such Training and Resource Centers.

On January 17, 2017, in the building of Ministry of Education and Science of Ukraine a meeting of the Supervisory Committee of the project «Public-private partnership to improve sanitary education in Ukraine» was held, where the partners summarized interim results of the work according to the project and discussed the plans for the first half of the year 2017.

«During the last year in the implementation of the project there was a significant progress, – Pavlo Khobzei, Deputy Minister of Education and Science of Ukraine, said. – All Training and Resource Centers were opened in accordance with the plan. Students were recruited everywhere. For the first time, the competition for those specialties appeared where earlier it was impossible to recruit students. When people are willing to study at their own expense based on the created project, we can speak about a great success. This is a prototype for other specialties. The aspect we need to pay attention in the further work is the motivation of masters. They must be taught; it is necessary to take care of that they will stay in this profession».

During the realization of the project there were carried out the steps, important for the whole education system. First of all, there was adopted State Standard of VTE of specialty «Installer of the sanitary and technical systems and equipment». In 2016, this profession has been approved among the priorities at the national level. On May 30, 2016 Microsoft Corporation in partnership with Resource Centre GURT held YouthSpark Live in Kyiv. The event brought together 70 active young people […] 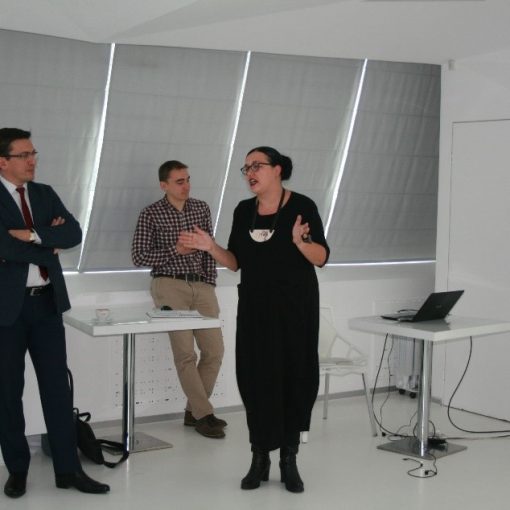 On November 29, 2017, the business brunch «A viable small business is the foundation of civil society in Ukraine» was held in […]

On the 20th of June, 2015 GURT Business Camp hosted a conference in the Open Space format «People and money: recipes for […]

GURT Resource Centre successfully implemented the project «Development of women’s entrepreneurship in Ukraine» funded by World Jewish Relief. The project is aimed at increasing employability and […]