During the six months, participants of the “Self-Help Groups as a Catalyst of Societal Changes for the Community Cohesion” project created 40 active self-help groups in Donetsk and Luhansk local communities.

At the end of September – the beginning of October 2019, the representatives of social and socio-psychological services of state and municipal ownership and civil society organizations, as well as community leaders working in the target communities had a chance to visit the workshops on the topic of “Organization Self-help groups” and master the effective instrument for social transformations.

The agenda of the workshop included the methodology of creating self-help groups, understanding the dynamics of their development, learning the rules of communication with the target audience and performing practical tasks that gave the participants the necessary skills to create and effectively develop self-help groups in their communities. As a result of the workshops, the participants returned home and proactively started to implement the methodology in their local communities.

During the whole project, facilitators of the newly created self-help groups were keeping an ongoing communication with experts of GURT Resource Center and received the supervision in the course of four iterations of online-consultations. This helped to empower the facilitators and efficiently react to their requests.

“Expert support played a significant role in the improvement of my work. I could always ask for advice and received a relevant answer. In the beginning, I created three self-help groups – for internally displaced people with psychological issues, for elderly people with disabilities and teenagers who are being raised in families in difficult life circumstances.

Additionally, outside of Slovyansk, I initiated the creation of six groups for parents, who are raising underage children in small communities alongside the contact line. These are the towns and villages in the Bakhmut region of Donetsk oblast: Berestove, Myronivsky, Zvanivka, Luhanske, Verhnokamyanske, and Orlivka,” Maryna Martynenko who is a psychologist in Slovyansk shares her experience.

The next meeting for facilitators of the groups took place in Kyiv during the in-depth training “Increasing the effectiveness of self-help groups” that happened on November 26-29, 2019. The goal of the meeting was to improve the skills for organizing and facilitation of self-help groups and to exchange the experience among the 20 participants of the project.

“I like that during the meeting of our groups I could act not only as a psychologist but as a regular person with my problems. This is another form of cooperation, which widens the range of possibilities. Another achievement that I would like to emphasize was the creation of the self-help group “Daddies” that self-organized following the example of the women. Now they make more efforts to be active in their families. This year it was the first time when during the New Year celebration in the kindergarten the role of Did Moroz was played by a man. This was a pleasant surprise.

In addition, I would be happy to present my achievements at the regional seminar for educational institutions and this would help to promote self-help groups as a channel of interaction among parents. In the course of self-isolation and quarantine, the groups continue to meet online without my participation. It’s hard to let them be independent, but now the groups have their leaders and can facilitate the meetings themselves,” Olena Khomych who is a psychologist from Lysychansk, Luhansk region shares her experience.

Alongside the operation of self-help groups and participation in the educational activities of the project, the facilitators created the clusters for the development of self-help groups in their communities and worked on their action plans. 16 clusters were able to get support for their projects in the form of necessary materials and goods.

“It takes time for the participants to rely on each other, that’s why the systematic work on trust-building is very important. Now the groups are becoming more independent and each participant can act as a leader or coordinator of the group. The material resources that we receive as a part of the project help to make our activities more efficient and develop the initiative further.

We are trying to find various approaches to activity and how self-help can be used in Vuhledar. For instance, one of the groups is planning to start the creation of reusable bags as a way to help themselves with emotional pressure and as a social entrepreneurship project. In the nearest future, there is also a plan to create an NGO for women focusing on the prevention and fight against domestic violence and supporting women who became the victims of it,” Olena Boyko who is a member of the organization “Agency for the development of Vuhledar” says.

The self-help groups created by the participants of the project were able to reach more than 350 representatives of the vulnerable groups of the community in Donetsk and Luhansk oblasts. Among them, there are women and families in difficult life circumstances (single mothers, families with children with disabilities, women with alcohol dependence), internally displaced people, ATO veterans, elderly people, public sector employees, people who are struggling with the professional burnout.

“I am an internally displaced person myself, so the first self-help group I created was for this category of people. This is new, but the much-needed methodology for our community. I value the material support we got within this project – this helps to equip the space for our meetings. The main result of the self-help group activity is that people have the feeling of unity and trust within their community,” Natalia Lukashchuk who is the coordinator at the Nyzhnioduvanska village council in Luhansk oblast shares her experience.

Even when the project is finished, the participants are encouraged to engage actively in the life of the community. One of the ways is to invite the leaders of the self-help groups to cooperate with working groups on public safety and social cohesion and other dialogue platforms that already exist in their communities. We also plan to develop the advocacy potential of the groups and build the community of self-help practitioners.

The Project “Self-Help Groups as a Catalyst of Societal Changes for the Community Cohesion” was implemented by GURT Resource Center within The United Nations Recovery and Peacebuilding Programme and The European Union financial aid.

The views set out in this publication are those of the author and do not necessarily reflect the official opinion of The United Nations or The European Union.

Eleven international partners support the Program: the European Union, the European Investment Bank, as well as the governments of the UK, Denmark, Canada, the Netherlands, Norway, Poland, Sweden, Switzerland, and Japan. 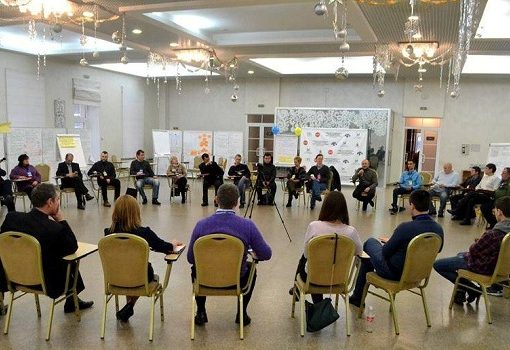 Between 8 and 10th December 2014 a conference “Future of the Civil Society in Ukraine: search for ways to consolidate” was organized by GURT Resource Centre and […] 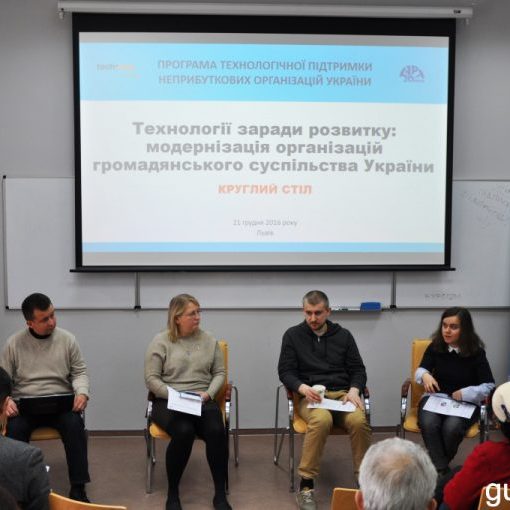 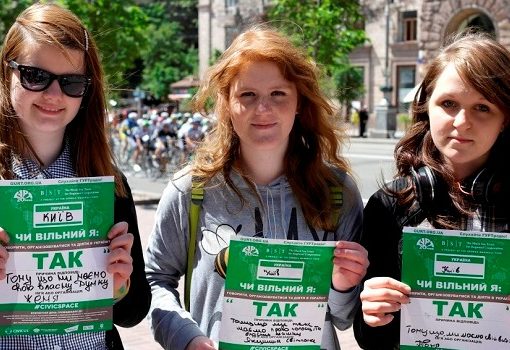 On Saturday, the 16th of May 2015, Ukraine at first joined Global Day of Citizen Action which took place simultaneously in more than 55 […]